Request Form
Contact Us
+
Home Other Blog Alcohol and Energy Drinks: What are Dangers and Effects?

Alcohol and Energy Drinks: What are Dangers and Effects?

The harmfulness of mixing alcohol and energy drinks is known due to cardiovascular risks. Still, researchers are also drawing attention to a diminished perception of the effects of alcohol, which increases the risk of injury among consumers. The combination of alcohol and energy drinks promotes risky situations due to the consumer’s overestimation of their abilities. A state that can itself lead the person to continue their alcohol consumption and increase risk-taking.

The scientists reviewed all peer-reviewed journal articles on the subject, published between 1981 and 2016, and found 13 that matched their criteria. Practice all the more dangerous as it is increasingly widespread, especially in North America, where consumers can find pre-mixed drinks when they do not combine the two, one type of drink in each hand. Three of the studies examined were particularly interested in the idea of knowing whether this greater tendency to risk-taking or sensation-seeking played a role in the injuries generated. Adds the researcher. It is, therefore, these people who would be a population at even greater risk of injury.

Alcohol and Energy Drinks side effects:

Below are few side effect of Alcohol and Energy Drinks:

These drinks are currently not subject to any special regulations. To obtain the “energizing” effect, they are packed with caffeine, taurine, guarana, ginseng… Stimulants which, are ingested in high doses, create heart rhythm disorders. A can of one of these drinks contains an average of 80 mg of caffeine, which is very close to the dose for the perception of side effects (100 to 160 mg) and close to the upper limit of permitted consumption (200 mg/day). The risk is particularly high during physical exertion, during which the heart is much stressed.

Another concern raised is the kidneys’ consequences of ingesting too many drinks. Advertising increasingly associates these products with physical exertion. A speech that works since the health security agency notes a sharp increase in consumption associated with sports practice. However, the diuretic effect of caffeine or taurine, rather than rehydrating the body, has the opposite effect. Besides fatigue and increased risk of injury, dehydration – if prolonged and intense – can lead to serious kidney problems.

According to Report, excessive consumption of these drinks… can also lead to serious neurological problems in some people. She notably identified seizures of epilepsy, paresthesia, and dizziness. The very high concentration of taurine – an amino acid contained in bull’s bile (hence its name) – could explain these disorders. If the human body manufactures it naturally, the doses contained in Red Bull, in particular, are much higher than what the body can absorb. One of the tests conducted on rats before the product’s sale had already highlighted the toxicity: some animals had self-mutilated, even going so far as to gnaw their limbs. But the health authorities could not formally demonstrate that these problems were caused by taurine.

Conclusion: Red Bull, Burn, and other drinks of this type are increasingly popular in nightclubs and student parties. 27% of consumers under 35 associate them, at least occasionally, with alcohol. However, according to a report on Substance Abuse, energy drinks slow down the feeling of drunkenness. Fans of the famous vodka or tequila-Red Bull cocktails are therefore led to having longer drinking sessions. These beverages, thus, present increased risks associated with alcohol, such as an alcoholic coma, acts of violence, or even lead to road accidents.

Responding to Stress During a Pandemic 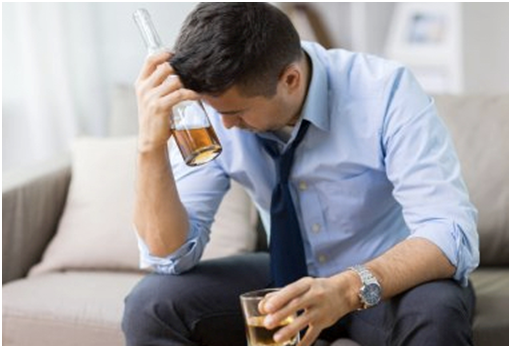 Characteristics of the Adult Child of an Alcoholic

3 Easy Ways to Make an Appointment